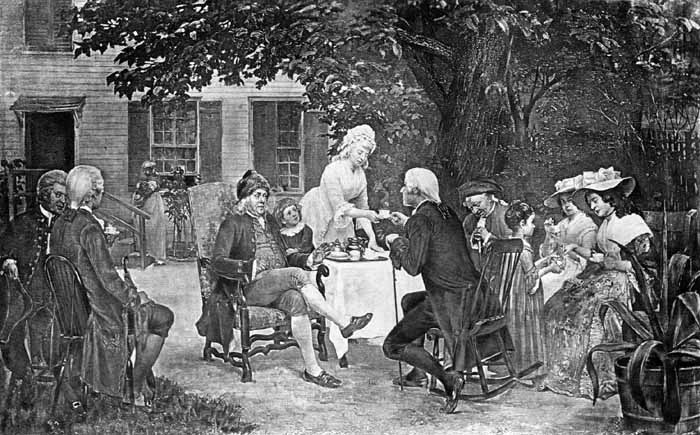 In answer to the following query:

I just finished the Walter Isaacson biography on Benjamin Franklin and I’m curious about his descendants. The mother of his son and the mother of his grandson are unknown and I’m wondering if DNA evidence could help. Has anyone considered exhuming Temple Franklin, his daughter Ellen, or his granddaughter Maria? Have any DNA tests been done by the descendants of Sarah Ann Franklin Cooper?

I haven’t changed my opinion there that the connection is an interesting and very old family story, but nothing that connects to Benjamin Franklin’s family.

The Friends of Franklin Descendants project and another project on DNA research regarding Franklin was documented in our Franklin Gazettes for a while. The DNA project gave up the trail because the one piece of Franklin DNA they had was insufficient to give useful data. David Roper reported on Benjamin Franklin’s Tooth in this document:
http://www.roperld.com/FranklinBenDNA.htm

The papers of the Descendants project are in the Historical Society of Pennsylvania — I just added a link at the bottom of that page on the Friends of Franklin site.

As far as I know, none of them considered gravedigging, so you may be the first to consider exhuming folks in the interest of research.The identity of Temple’s mother is not near as hot a question as the identity of his grandmother – William’s mother: that’s been a hot topic pretty much since William was born and his dad got into Pennsylvania politics.  Among Dr. Franklin’s many virtues, that man could keep a secret!

As you are interested in Franklin’s descendants, you might enjoy my Virtual Cemetery on Find A Grave of the Franklin Descendants:https://www.findagrave.com/virtual-cemetery/161301

Looking at David Roper’s page again, I note two names that I don’t find elsewhere: Isabella Franklin Reaves – cited as the 3rd great-granddaughter of BF, and a later Bache descendant, Jean Marie Peregrin Starr, who contacted David in June 2004 with the artifact discussed.