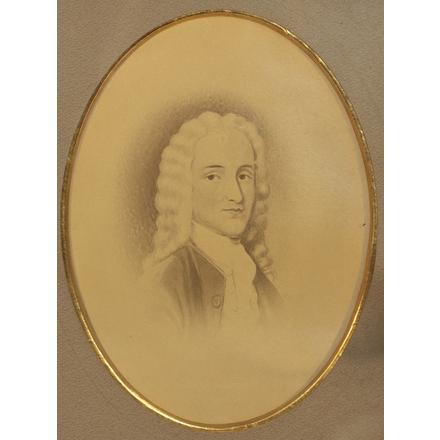 The Family Archives of the Hopkinson family came to auction in June 2020.

One item is a book given by Dr. Franklin to Francis Hopkinson, with this commentary from the auction catalog:

Thomas Hopkinson (1709 – 1751), father of Francis Hopkinson (1737 – 1791) , worked with Benjamin Franklin (1706 – 1790) on several of his experiments on electricity. He was also a member of The Junto. Franklin wrote: “The power of points to throw off electrical fire was first communicated to me by my ingenious friend, Thomas Hopkinson, since deceased, whose virtue and integrity in every station of life, public and private, will ever make his memory dear to those who knew him and knew how to value him.” Thomas Hopkinson was a founder of both the Library Company of Philadelphia, as well as an original trustee of the College of Philadelphia (now the University of Pennsylvania), and served as first president of the American Philosophical Society. With The Junto and the Library Company of Philadelphia, he was deeply involved with books and shared several projects and interests with Franklin. Through this close connection, Francis Hopkinson also became deeply affiliated with Franklin, and thus the presentation of this gift. In December 1762, Franklin would have just returned from five years spent in England, presumably bringing this book with him to Philadelphia